Shop our Novak Djokovic autograph store with many autographed items by the great man! Signed Novak Djokovic shirts, tennis racquets, balls, caps and photo displays. Many with actual photo proof. All with a Certificate of Authenticity, fast worldwide shipping and free UK delivery! 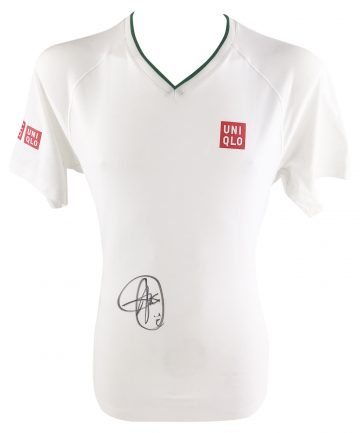 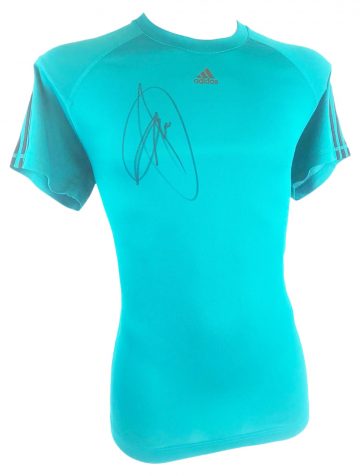 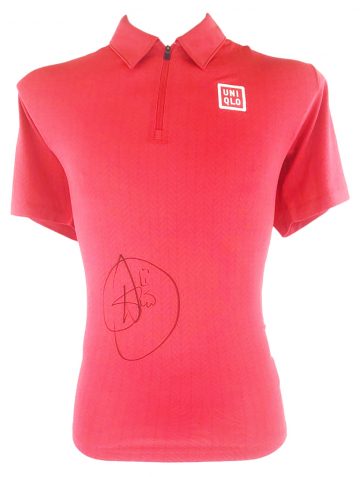 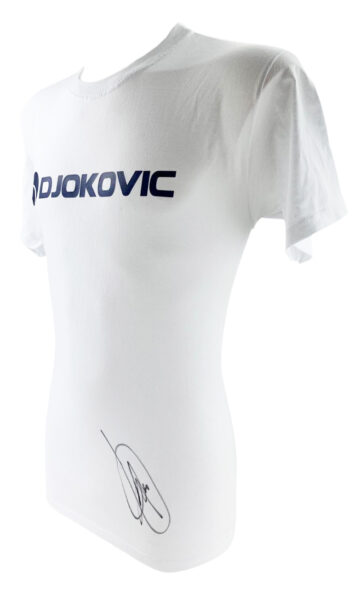 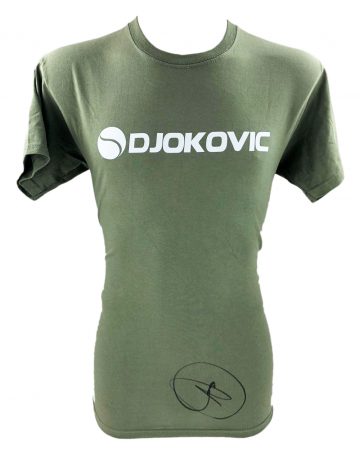 Novak Djokovic is a modern great in the world of tennis. The four-time Wimbledon champion has consistently raised the bar at the top level of the sport.

Born in Belgrade in 1987, Djokovic grew up sharing his love of tennis with siblings Marko and Djordje. He attended tennis coaching sessions from the age of 4 at Mount Kopaonik, where he was spotted by Jelena Gencic. She worked with him for a number of years before he headed off to the Pilic tennis academy in Germany aged 12. Aged just 14 Djokovic began his international career, winning various championships.

This offered just a taste of what was to come for the Serbian tennis legend. In 2006 he began to gain recognition on the world stage, finishing well at the French Open and reaching the fourth round of Wimbledon. In 2007 the wins intensified, with Djokovic reaching the final of the Australian Open, the quarter-finals of the US Open and the semi-final of the Dubai Tennis Championships.

Over the following years, the tennis star would go on the completely disrupt the status quo, rising through the ranks from 6th seed up 1st. His Grand Slam record is formidable and impressive. In total he has won the Australian Open six times, the US Open three times, Wimbledon four times and the French Open once in 2016. He has also won doubles at all four tournaments and has one Davis Cup and one Hopman Cup to his name.

Understandably his domination at the top of the sport has resulted in some record-breaking wins.

Outside of tennis Djokovic has a colourful and interesting life. He is well-loved for his friendly, funny nature and humanitarian efforts. He’s known for his highly accurate (and hilarious) off-court impressions of fellow top-flight tennis players, many of whom are his friends. Djokovic loves languages and is multi-lingual – fluent in Serbian, English, French, German and Italian.

At Firma Stella we have an incredible collection of signed Novak Djokovic rackets, shirts, tennis balls, caps and other memorabilia autographed by one of the sport’s hottest stars.