Shop our signed Burnley football memorabilia including signed Burnley shirts, footballs and other merchandise. All come with a certificate of authenticity, free UK delivery and fast worldwide shipping. Many of our items come with a photo of the actual signing! 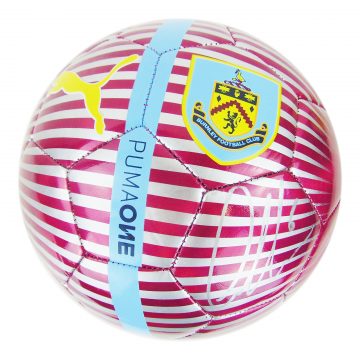 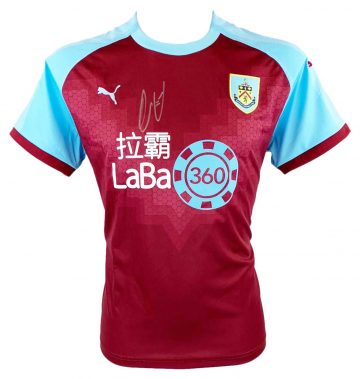 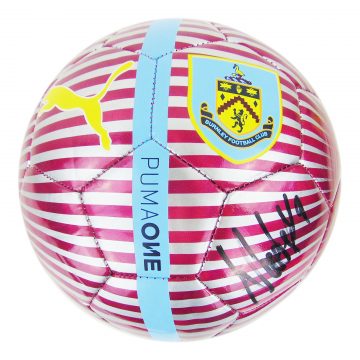 Burnley are a football club based in the northern town of Burnley, in the heart of Lancashire.  Steeped with tradition, they were founded in 1882 and were one of the 12 founding members of the English Football League, six years later in 1888.

Burnley are nicknamed the Clarets, due to the colour of their home kit.  The club’s badge is based on the town’s crest with a Latin motto Pretiumque et Causa Laboris – meaning ‘The Prize and the Cause of our Labour’.  They are also known as the ‘The Turfties’, ‘Moorites’, or ‘Royalites’.  They were known as the Royalties because they were the first club to be visited by a member of the Royal Family at their Turf Moor ground.  They have been playing their home games at Turf Moor since 1883.

Burnley have twice been champions of England in 1920-21 and 1959-60.  They reached the Quarter-Finals of the European cup the following season.  When Burnley first won the League Championship, they went on a 30-match unbeaten run.  This remained a record for over 80 years, until it was beaten in 2003-2004.  They have also won the FA Cup in 1914 and the Community Shield on two occasions in 1960 and 1973.  They are one of only five clubs to have won all four professional divisions of English football.

Signed Burnley football memorabilia is incredibly popular and often hard to come by.  At Firma Stella we personally source our signed Burnley football shirts – with many items only available here.  All items come with Firma Stella certification and guaranteed authenticity so you’ll be sure your piece is 100% genuine.  Browse our Burnley FC collection now to find autographed Burnley shirts, balls, plus much more.  All items come with free UK delivery and fast worldwide shipping.